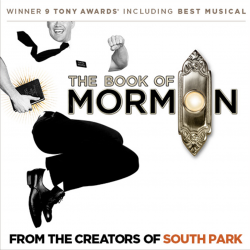 åpen The Book of Mormon

Disabled theatregoers and their carers can get discount tickets. Please phone the Prince of Wales Theatre access line on 034 4482 5137.

An unusually tall building that looms over Oxendon Street and Coventry Street, inside the Grade 2 listed Prince of Wales Theatre has been renovated. These days it’s basic, modern and perfectly functional.

The Prince of Wales Theatre’s first actor-manager, Edward Bruce, used to manage a theatre of the same name nearby, so successfully that he used the considerable profits he generated to build the current venue, which opened in 1884 as The Prince’s Theatre. Designed by the architect C.J. Phipps, who designed numerous London theatres of the time, it originally featured an extremely ornate interior in Moorish style with a fountain, fernery and grotto.

In the early days the venue hosted a series of comic operas, a popular genre at the time. But it was also home to mime. A series of Ivor Novello and Noel Coward revues followed, throughout the 1920s, after which the theatre became London’s own Folies Bergere, hosting the Parisian-style circus entertainment that was so popular at the time. So much so that its profits paid for the venue to be completely rebuilt in ’37, designed by Robert Cromie with superstar songstress Gracie Fields laying the foundation stone.

The new theatre hosted the stage production of a story that was eventually made into a ground-breaking movie starring James Stewart. In 1941 it premiered Charlie Chaplin’s controversial and banned film The Great Dictator, which led to a hefty fine for the manager.

In 2003 the theatre was shut down for a comprehensive £7.5 million facelift, at which point it was transformed into a highly practical, plain modern performance space with excellent acoustics, especially to welcome the smash hit, Mamma Mia. Prince Charles attended the show’s first performance.

Spooky goings on at the Prince of Wales Theatre

Apparently many people over the years have spotted the ghostly form of the former stage manager Edgar Bruce haunting the left wing of the stage.

Past shows at the Prince of Wales Theatre

The World of Suzie Wong in broke box office records at the Prince of Wales in 1961 and Sir Andrew Lloyd Webber’s musical Aspects of Love broke them again, playing to more than a million people from 1989. Fosse, The Witches of Eastwick and the UK premiere of The Full Monty have played here. And many of the musical world’s best-loved Broadway shows have transferred there to rave reviews, including Funny Girl, Sweet Charity, West Side Story and Rent.

We’re an excellent destination for a wide variety of seat types and prices, with excellent availability on the full range of Prince of Wales Theatre tickets.