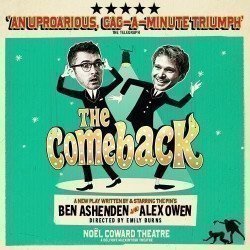 The Comeback, a brilliantly original and hilarious new comedy, is set to delight all generations at the Noel Coward Theatre this December. This debut play from The Pin’s award-winning Ben Ashenden and Alex Owen – ‘destined to become one of the great comedy duos’ (Radio Times) – tells the story of two double acts fighting to wrestle control of the most chaotic, farcical and high-stakes gig of their respective careers. Directed by Emily Burns, The Comeback will have audiences doubled over laughing and wiping a tear away at the end with its heart-warming exploration of bittersweet nostalgia and the enduring power of friendship. This show is a much needed dose of feel-good, dizzying escapism with real emotional heart, and a celebrity guest each night to boot. 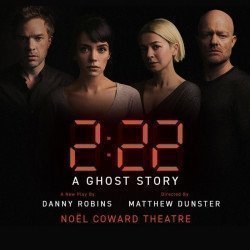 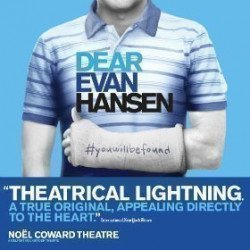 DEAR EVAN HANSEN is ‘the most vital and important musical of a generation’ (Daily Mail, Baz Bamigboye) with “a raw, relevant and exhilarating score’ (BBC Radio London, Jonathan Phang) from the songwriters of The Greatest Showman and La La Land.

A timely and timeless new musical about struggling to connect in a hyperconnected world, DEAR EVAN HANSEN is nominated for 7 Olivier Awards including BEST MUSICAL, is the recent winner of two WhatsOnStage Awards and a Critics’ Circle Theatre Award for BEST NEWCOMER Sam Tutty.

Disabled theatregoers and their carers can get discount tickets. Please phone the Noel Coward Theatre access line on 034 4482 5137. 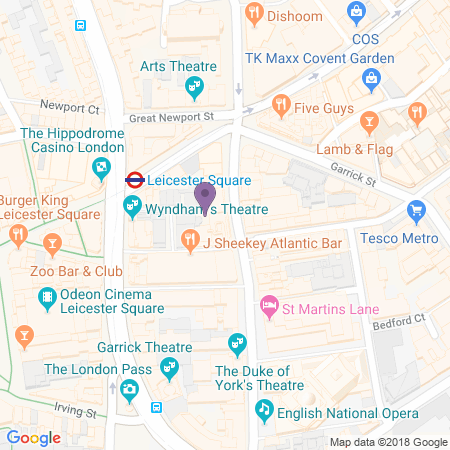 From the outside the Grade 2 listed Noel Coward Theatre is a masterpiece in classical architecture, with decorative columns and fancy stone carving. On the inside it’s a visual feast of vanilla and gold with a stunning sculpture of angels, holding harps, set above the stage.

The Noel Coward Theatre was built by Charles Wyndham, who had already built the Wyndham’s Theatre and had a spare parcel of land directly behind it. He decided to build another theatre, which opened in 1903 as the New Theatre, and whose first production starred himself and his wife Mary Moore.

The building was designed by architect W.G.R. Sprague, who decided upon a classical exterior with a Rococo-style interior.

After a long and illustrious history including smash hits I'll Leave it to You in 1920, Coward's first play, and George Bernard Shaw's St. Joan with Sybil Thorndike in 1924, the theatre changed its name in 1973 to the Albery Theatre. In this guise it hosted popular shows like the Olivier award winning Children of a Lesser God, produced Dame Helen Mirren starring in A Month in the Country and was home to a stint by the musical Blood Brothers. Plus, of course, the historic production of Twelfth Night, set in India with a 100% Asian cast, which played to a full house every night.

The theatres housing the Old Vic and Sadler's Wells Theatre companies were destroyed by bombs in the Second World War and both companies took the Albery as their home right through to the 1950s, when their original theatres were rebuilt.

In 2005 the theatre changed ownership again and was treated to an overhaul, as well as being re-named again as the Noel Coward, opening in 2006. The first production under the new name was the enormously popular and acclaimed Tony award winner Avenue Q, whose puppetry wowed audiences until 2009.

Hauntings at the Noel Coward Theatre

Apparently the spirit of the building’s creator and original manager, Sir Charles Wyndham, has been seen numerous times in the theatre’s corridors and dressing rooms.

Past shows at the Noel Coward Theatre

In 1932 the Noel Coward theatre hosted a play written by Benito Mussolini, the fascist dictator, called Napoleon - The Hundred Days. Apparently it was awful and closed after just thirty two performances! But famous faces like John Gielgud, Laurence Olivier and Alec Guinness provided redemption, as did Coward’s excellent plays. Notably, the theatre’s production of Charles Dickens’ novel Oliver Twist, the musical, ran and ran, achieving 2618 performances over a glittering seven year stretch during the 1960s.

The Noel Coward Theatre offers two wheelchair spaces in Box M of the auditorium, perfect for either two wheelchair users or one wheelchair plus a companion. You’ll also find seats in the Royal Circle for two wheel chairs or scooters at a time.

We’re a trusted destination for a wide variety of seat types and prices, with excellent availability on the full range of Noel Coward Theatre tickets.