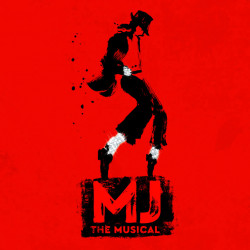 Ain't too Proud the Musical

AIN’T TOO PROUD is the exhilarating new musical following the remarkable journey of THE TEMPTATIONS from the streets of Detroit to the Rock & Roll Hall of Fame.

Disabled theatregoers and their carers can get discount tickets. Please phone the Prince Edward Theatre access line on 0344 482 5137. 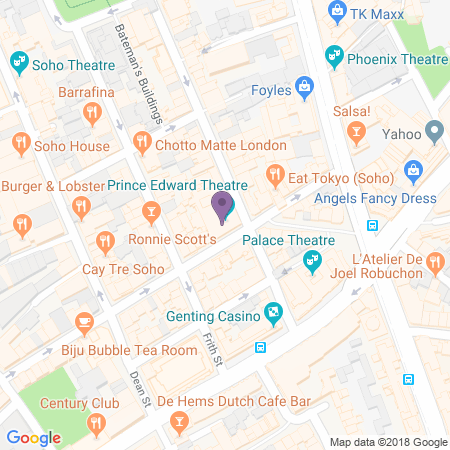 An imposing and rather severe brick building with a brightly lit arched entranceway, inside the Prince Edward Theatre you’ll enjoy the ultimate in Art Deco luxury, with beautiful old mahogany panelling and rich scarlet soft furnishings.

The Prince Edward was the first theatre of six to open in 1930. Designed by architect Edward A. Stone and opened for the first time in 1930, it was named after the Prince of Wales of the time. The first production was Rio Rita, a romantic musical comedy set in Mexico, a big US hit that didn’t have quite the same impact in Britain, closing after just 59 performances. But the building itself, with spectacular interior by Marc-Henri Levy and Gaston Laverdet, was an instant success with its wonderful proscenium and gorgeous amber glass by Rene Lalique.

The infamous cabaret artiste Josephine Baker made her London debut at the Prince Edward theatre in 1933, with her Banana Dance proving as much of a hit there as it had in Paris’s Follies Bergere. From then the venue deteriorated, and closed in 1935, more or less bankrupt. But its fortunes were about to change for the better when a syndicate took over, transforming the venue into a cabaret-restaurant. Opening again in 1936, named the London Casino, it became home to numerous spectacular revues.

In 1940 the theatre closed for two years until 1942, when it became the home of the Queensberry All Services Club, featuring Vera Lynn, Max Wall, Flanagan and Allan, Petula Clark, Glenn Miller and even Bing Crosby.

After the war the theatre reopened as the London Casino, and from ’47 was home to variety shows until, in 1954, the era of cinema took off and it converted to a picture house.

In 1990 Bernard Delfont and Cameron Mackintosh decided to rebuild the premises,spending more than £3 million. It reopened in March 1993 with the hit Broadway musical Crazy for You. Mamma Mia broke all previous box office records with a five year run before transferring to the Prince of Wales Theatre in 2004.

The foyer bar is called the Mozart Bar, because Mozart lived at 28 Frith Street, these days the stage door, for a year between 1764 and ‘65.

Today the Prince Edward is a member of the Delfont Mackintosh Theatres group.

Past shows at the Prince Edward Theatre

Elaine Paige played the leading lady in three consecutive musicals at the Prince Edward: in Evita as Eva Peron, in Chess as Florence and as Reno Sweeney in Anything Goes. The venue has hosted numerous smash hit musicals over the years including Crazy For You, Some Like It Hot, West Side Story, the original production of Mamma Mia in 1999 and Mary Poppins between ’04 and ’08.

There are two wheelchair spaces plus room for companions in Box 1, plus transfer seating into Row A of the auditorium. The theatre can store two wheelchairs and one scooter and there’s an infra-red system in place.

We’re a great destination for a wide variety of seat types and prices, with excellent availability on the full range of Prince Edward Theatre tickets.